I have had a bad left knee since my early teens. Over the years I consulted numerous experts but nobody could come up with a diagnose, ignorantly telling me to do as little as possible to spare the knee. However, this just weakened the knee resulting in countless surgeries. In my late teens I started bicycling and since then I never had surgery despite countless, strenuous hiking and bicycling in mountains, etc. I'm sure doctors will advice against my bicycle trip around the world with a knee like that and I can't rule out osteoarthritis at a later stage, but it's a conscious decision from my side - I'll rather live my life and risk a problem later, than missing out my life for a problem that might never occur. Very much underlining my philosophy of life - follow my dreams/desires and exploit the opportunities instead of limiting myself with excuses and constraints. If it's truly important - just do it!

Otherwise I'm priviledged with a very good health - both when living in Denmark and when travelling around the world. It has always been like that, so maybe it's congenital - or maybe all the travelling has made me immune. When travelling I pretty much live like the locals - whatever food they eat, I eat - and if they drink the tap water, I drink it. A few times - when the locals adviced against drinking tap water - I drink the rainwater coming down from a roof.

There are however, exceptions to this partucularly in some parts of Asia and Africa. In these places I'm more cautious with both water and food - always asking the locals for advice. The last 5 years I have brought water purifying tablets just in case - but only used them very few times. And for this trip I have acquired a water purifying filter even though I don't expect to use it, but it was cheap and light, so why not be on the safe side.

When travelling I also bring different kinds of penicillin, antibacterials, variouos products for bad stomach, malaria tablets, a syringe, etc. - all outdated before I get to use it. Many years ago I ate preventive malaria pills but today I just bring them for self-treament in case something happens. Medicine is like an umbrella and rain - the day I don't bring it, I'll need it. And bicycling and trekking in remote mountains, jungles, etc. there is often no help - especially when I go by myself without notifying other people about it.

Only a few times I have been ill while travelling: 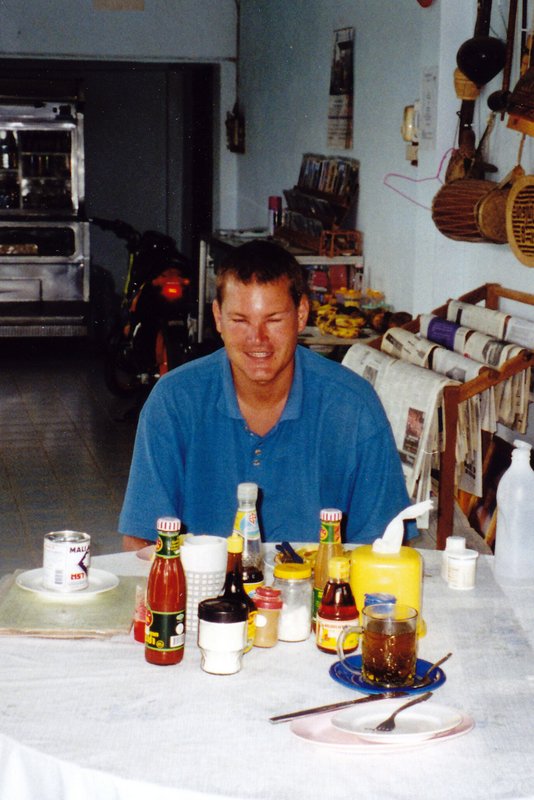 www.worldtraveller.dk  |  Michael  |  Around the World